“Our knowledge can only be finite, while our ignorance must necessarily be infinite.” –Karl Popper

So I’ve been seeing a lot of logic failures lately. First, some idiot and sin taxes. Now, some twat and…frankly I don’t know what to call this. If moron, ignorance, and dumbassery were alcohol, got mixed in equal parts into a drink with a garnish of *facepalm,* and were fed to a 19 year old all night; that 19 year old would puke up this article.

It’s written by Victoria Jackson, whom you might remember from her role in SNL. Skipping the melodramatic first two paragraphs, we get to one of the crazies favorite things to gripe about, the Fairness Doctrine. Look, no one seriously wants the fing Fairness Doctrine. Sure, some moronic Democrats have mentioned it, but let’s be honest, it isn’t as though Republican’s have come up with some doozies of ides (the Iraq War anyone?). Plus, liberals don’t want it. If we had the Fairness Doctrine, Bill O’Reily would be off the air and Ann Coulter would be in technical writing. And then we (non-crazies) have no easy way of weeding out the crazies. If you have a new neighbor, and they mention that “Ann Coulter has some good points,” you know to not accept any casseroles from them or ever, ever let them borrow your hacksaw.

Then, she gripes that church go-ers donate to charity while heathen liberals drink the blood of baby seals for breakfast. She neglects to mention that the only reason she’s donating ten percent of her income to charity is that God told her to, not because she loves sick people either. 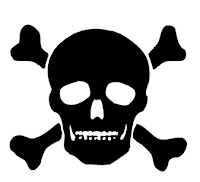 Eventually, we get to her really idiotic point. Apparently, “Socialized medicine makes people die.” (Her bold, not mine.) Of course it does, which is why the life span of countries with socialized medicine is significantly longer than ours. Don’t believe me, check out what the CIA has to say on the matter.

Where is the US on that list? Keep scrolling. We come in at a stellar #50 between Wallis and Futuna (wtf?) and Albania. Canada, the UK, Germany, France, all those Nordic countries, Sinagpore, Japan…yeah they all beat us.

If life expectancy doesn’t do it for ya, how about infant mortality rates? Again the CIA World Factbook provides us with the damning evidence. Fucking Cuba has a lower infant mortality rate than we do. The US clocks in at #180 out of 224. (On this list we lose to Wallis and Futuna.)

And then she digresses into some diatribe about harassing a store clerk and closes with whining about how someone stole her I Resist Socialism bumper sticker.

Suggestion? Don’t read the comments. Your head may explode.