I’ve had a trend lately of getting pissed off at people for “crying sexist” (or misogynist or whatever).

Here is another example: 11 Sexist T-Shirts Guaranteed Not To Get You Laid.

I can’t speak to the “getting you laid” part but I can say not all of these shirts are sexist. Some certainly are. Many of them are certainly crass. And utterly lacking in funny. But tasteless doesn’t equal sexist.

Yes, the shirt that reads “Anti-Abortion! But Pro-Date-Rape” is disgusting. I’ll be honest, I’m not totally sure I know what either of those things have to do with each other, aside from being positions advocated by people who are d-bags. “Don’t Act Sexist! Bitches Hate That” is pretty sexist, though idiotically so. 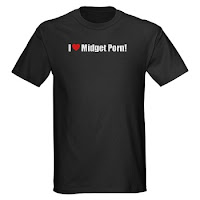 That doesn’t have anything to do with gender. So how the fuck is that sexist? Crass? Sure. Midget-ist? (Little People-ist?) Perhaps.* But it’s damn sure not sexist. 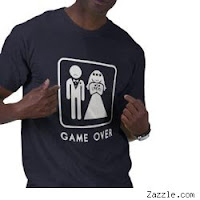 Or the “Game Over” tee. I own this tee. (In the interest of full disclosure, I actually own the one from Busted Tees that says “Big Mistake”.) It was given to me by a boyfriend. And I thought it was hysterical.

How is this sexist? Traditionally, the game is over. For both sides. (Another reason to support open relationships!) That’s why people have bachelor/ette parties. You get one last play before you retire. Personally, I think my version is better. Weddings are a big mistake. 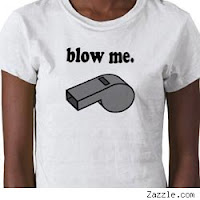 I own another tee on this list (god, I’m like 2/11ths sexist), the “Blow Me.” (Again, full disclosure, I own the one from Busted Tees. Again, I think it’s funnier.)

“Blow me” is such a common phrase at this point, it’s not gender specific. Further, dudes blow each other. Would it be sexist for a gay guy to wear this? 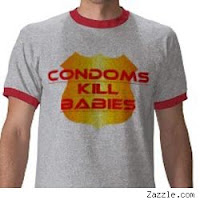 The final shirt that I’m wondering why it even made this list is the Condoms Kill Babies shirt. Actually, I’m wondering why this shirt was even made. Is the Catholic Church so in need of revenue that it has taken to selling tee shirts?