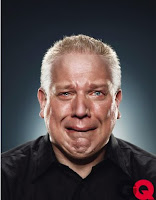 So Glenn Beck is an idiot. And, in other news, water is wet.

Glenn Beck is a joke. Anyone with the mental capacity of a pet rock understands this. And not just liberals, my staunchly Republican parents mock Beck (and Faux-News in general) on a regular basis.

If you can’t stomach to watch, essentially Glenn Beck is claiming that if you go on , all the information on your computer becomes property of the US Govt.

Like most shit like this, when Beck discusses it, it bugs me. But when people blindly repeat it without BOTHERING to spend five minutes on Google to see if it’s accurate, I fly into a blinding rage.

That video can be found here. The poster of the video states,

“Please be respectful in comments as I will not approve them with profanity. Please make this video viral & mirror it. Do NOT go to the cars.gov website. All the info in your computer will be U.S. government property.”

Did she bother to investigate to see if Glenn Beck’s report was accurate? Even the best media outlets make errors.

Clearly the poster is also slightly insane, because she tags the post with: 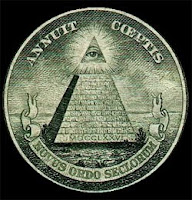 I Google’d “Fact Check Cash for Clunkers” and the very first result that pops up the nonpartisan FactCheck.org page which wholly debunks Beck’s piece. If you don’t believe Fact Check, or Snopes (which says the same thing), how about the EFF?

The Electronic Frontier Foundation (EFF) is (according to Wiki) “an international non-profit advocacy and legal organization based in the United States with the stated purpose of being dedicated to preserving the right to freedom of speech, such as protected by the First Amendment to the United States Constitution, in the context of today’s digital age (see also digital rights).”

Sounds like the kinda place that would totally have Beck’s back on this right?

While they do take issue with some of the wording of the agreement, they note that,

“The seizure of the personal and private information stored on your computer through a one-sided click-through terms of service is not “conscionable” as lawyers say, and would not be enforceable even if the cars.gov website was capable of doing it, which we seriously doubt. Moreover, the law has long forbidden the government from requiring you to give up unrelated constitutional rights (here the 4th amendment right to be free from search and seizure) as a condition of receiving discretionary government benefits like participation in the Cars for Clunkers program.”

Writing/Googling that entire blub took me exactly 7 minutes (and I stopped to discuss tonight’s game against NE). Is it too much to ask for others to invest the same time and energy?