It’s time to let science and medicine, not politics and rhetoric, lead us to good, sound policy. –Eliot Spitzer

I’ve been reading a lot about drugs, drug legalization, and the policy surrounding it lately. I tend to do that, get stuck on one topic and read it to exhaustion. Then I get bored and move on.

A couple of weeks ago, I talked about the problems surrounding the US’s polices of criminalization of a number of drugs. Essentially, drug legalization isn’t just for the hippies anymore. More and more people and organizations are accepting that something needs to be done about the drug policies the US (and other counties) have, because they are causing more harm than good.

I’ve never thought much on the policy of steroid use. I’ve made remarks the occasional news coverage when some baseball player or Olympic athlete gets busted on some banned substance they claim was given to them by their doctor to treat an ear infection or something. And I’ve seen the CSI/Law and Order/Other TV show about how some 13 year old was taking steroids and his absentee parents didn’t notice and he went crazy and shot up a mall food court. And that’s about my knowledge of steroids.

Then I read this article. Essentially, this quote sums it up well:

“…anabolic steroids are not looked upon as a class of drug used for medicine,
they just look like a class of drug in which criminal activity surrounds. So
physicians don’t get near the subject or near the use of them for fear of
reprisal by the medical board, and the law.”

As with most things, politics gets involved and science and medicine and common sense often go right out the window.

The article starts out describing the plight of this guy: 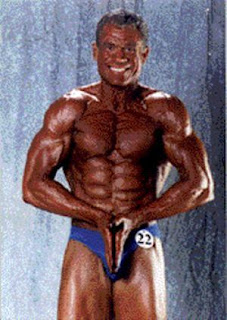 Bob Clapp (he he he) spent time in jail after getting busted with illegal steriods. He admits that his reason for taking the steroids is because he doesn’t want to get old. Clapp (he he he) is a terrible representation of the “legalize steroids” industry. I’m judging him on his fake tan alone.

However, if you continue with the article, you learn that a number of doctors would like to prescribe steroids for uses other than to allow Mr. Clapp to desperately cling to his youth, that steroid side effects (remember my Law and Order episode?) may be highly exaggerated, and generally, the politics of the situation prevents the medical community from fully studying and understanding steroids.

I don’t know much about them. I’ve personally never used them, nor, to my knowledge, do I know anyone that has. To me, it seems like the same problem with marijuana and any number of other drugs. The public “fear” has lead society down a path which hinders science.

And that is ultimately worse than A-Rod continuing to sully the name of the home run record holder.