“If it weren’t for electricity we’d all be watching television by candlelight.” – George Gobal

We don’t have TV at my house in the traditional sense. We opted to not pay for (and not have our time wasted by) cable. Or even basic. We got nothing. Well that’s not totally true. We have the internet. So we’ll get shows from the magical interwebs and watch them. 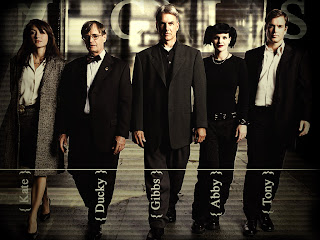 I developed my love affair with NCIS years ago, but would never really watch it regularly. It was junk food for the brain. Now that I can download the shows, I started from season one and have been working my way forward. The show is basically like CSI for the Navy. NCIS stands for Naval Criminal Investigative Services.

This show is horrible. The writing is atrocious. The acting is bad. The character development is nonexistent. But I love it.

I don’t relate to any of the characters or situations. The show is like a bad horror movie. I’m not even creeped out by the blood and gore. It’s not that the gore is unrealistic, it’s just that the show is so unrealistic that all belief is suspended.

And that’s why it’s great. I can just veg out. It isn’t like reality TV, where it’s so bad I want to punch people. It’s what’s keeping me sane this semester. 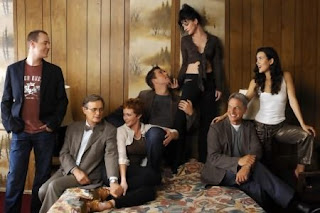